Mariner III is an absolute classic 1920’s yacht that has been superbly maintained over the years by loving owners.

Her appearance and shiny bright work will always attract attention from discerning guests.

Available in West Palm in the Winter and New York in the Summer, this classic party yacht makes an ideal venue for Weddings, Social celebrations of all kinds and Corporate events on the water.

Mariner III was built in 1926 for Captain James Griffiths of Griffiths Steamship Company. This classic 122′ fantail motor yacht, was designed by Ted Geary. Traveling to China to select the lumber for her construction, Captain Griffiths chose 3″ teak planking for the hull and very strong wood, called yacal, for framing. Originally named “SueJa III,” Captain Griffiths used the yacht to travel up and down the West Coast. Among his travels on SueJa III Captain Griffiths visited many parts of California. It was in these waters where the actor John Barrymore made his way on board and demanded to see the owner. Barrymore insisted on purchasing the vessel! Captain Griffiths, poking his finger into the tall actor’s chest, said, “This yacht is not for sale at any amount!” Barrymore, however, did not leave empty-handed. Captain Griffiths introduced Barrymore to Ted Geary who designed a sister ship for the actor. It was the least Griffiths could do for a man who had exquisite taste in boats! Barrymore named his yacht “Infanta” and gave it to his wife for her birthday. It was 120′ in length and cost, in those days, $225,000 to build.

Captain Griffiths used SueJa III for private use up until World War II when the Army commandeered her for wartime service. They ballasted down and set her out on patrol, mainly in the Aleutian Islands. After the war effort, the Army returned SueJa III to her owners. By that time Captain Griffiths had died a natural death. Without her proud owner to command the helm, SueJa III was placed into the custody of Arthur Ayers (Captain Griffiths stepson). Mr. Ayers used the vessel to initiate a charter service. He sent the yacht on many charters in Alaska where she did quite well commercially. In the early 1950’s Mr. Ayers sold the yacht to a Californian, O. J. Hall, who replaced her Washington Iron Works Diesel with Detroit Diesel 6-110S, a pair of engines that were in service for more than thirty years. Mr. Hall used the yacht to race up and down San Diego Bay. After a few years of service she was sold to a new owner-a New Yorker who voyaged on the vessel to the Mediterranean. After a short time, she wound up in Cannes, France. In keeping with its original 1920’s design and the flavor of that era, the Kennedy Engine Co., Inc. restored the Mariner III to its old world charm with deep, rich, patterned furnishings, beautifully varnished woodwork, and polished solid brass fixtures. It took over two years with a team of 12 men.

Her reputation for excellence is known throughout New York, New England, Florida and the Caribbean. She has enjoyed guests on board from Jacques Cousteau, the Rockefellers, Harrison Ford, Bruce Willis, Robert Deniro, Don Henley, Jimmy Buffett and Madonna, in addition to a long list of corporate giants from across the country. You might recognize her from magazine ads for Ralph Lauren and Maybelline, fashion and travel editorials in The New York Times Magazine and many layouts in Victoria’s Secret catalogs. 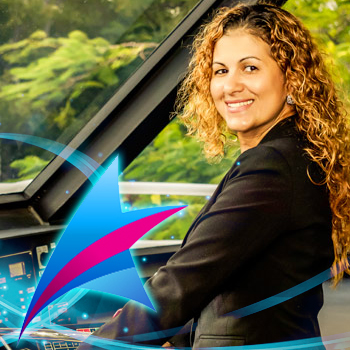 WhatsApp Us! We will respond as soon as possible